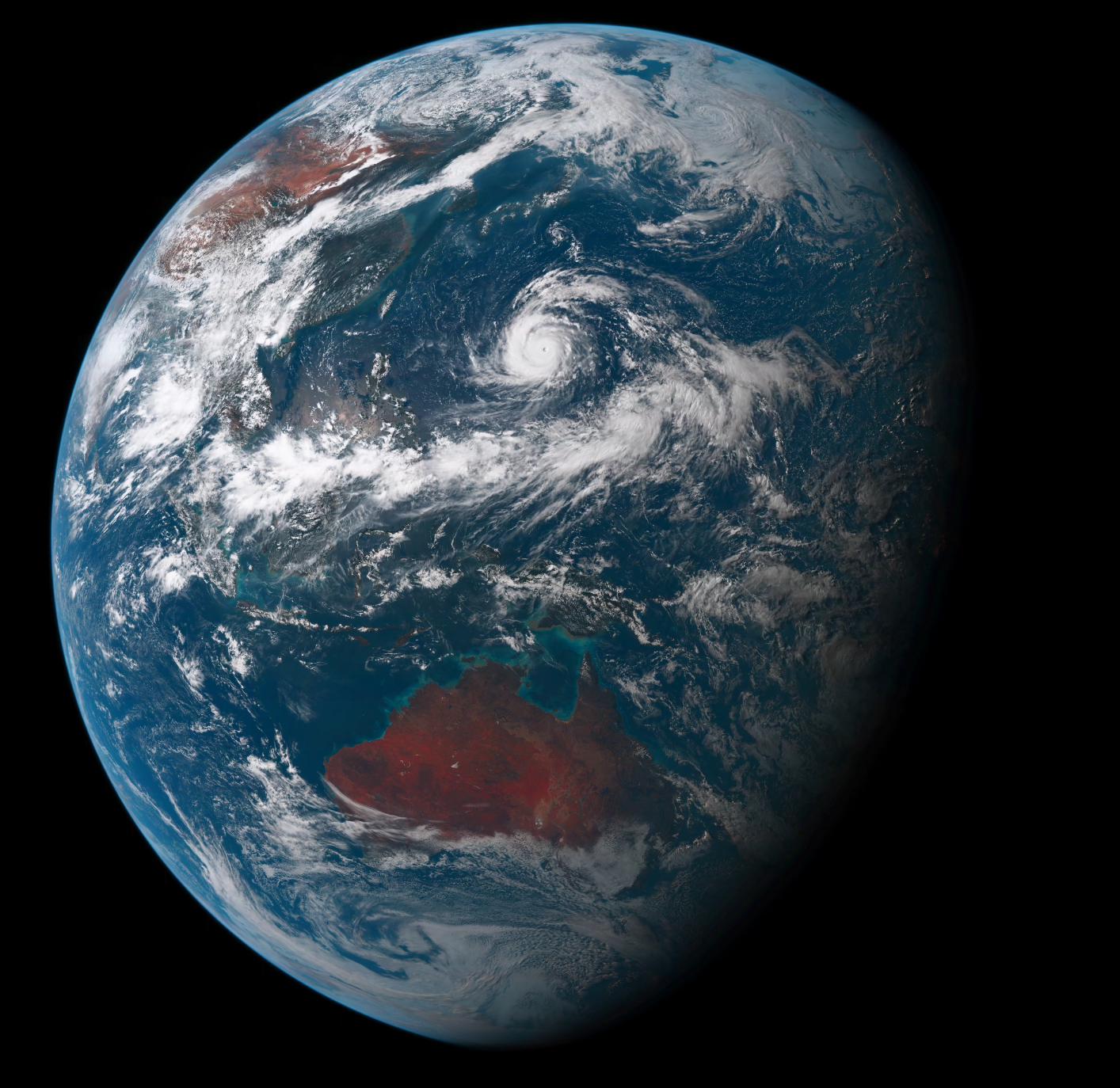 Glittering Blue is a phantastic site showing one day of the earth in pictures from the geostationary satellite Himawari-8 - as a short amazing high-resolution movie!

The about page has some interesting background information to that, like

Question: Is this how it really looks?
Short answer: Yes, other than speeding it up.

Question: 🌏 is cool, but is there a version of this for 🌍 or 🌎?
And in America, our federal science budget is controlled by climate denialists who dishonestly impede Earth observation because environmental science embarrasses them and their funders. They have hidden their deliberate neglect of Earth observation behind cynical enthusiasm for headline-friendly pure science missions beyond Earth. (I strongly support solar system exploration. But to use it as a weapon against terrestrial research is appalling.)
…
If we’d funded it and managed it like it mattered, you’d have just seen its data instead of Himawari-8’s. But instead we dragged our heels as if $11 billion is a problem for four hemisphere-wide, high-res, realtime weather satellites in service to 2036. (We’re not incapable of spending money on high-end aerospace projects: $11 billion is 7% of the amount by which the Joint Strike Fighter program is overbudget.)

(… the video has actually much higher resolution and is much more impressive!)